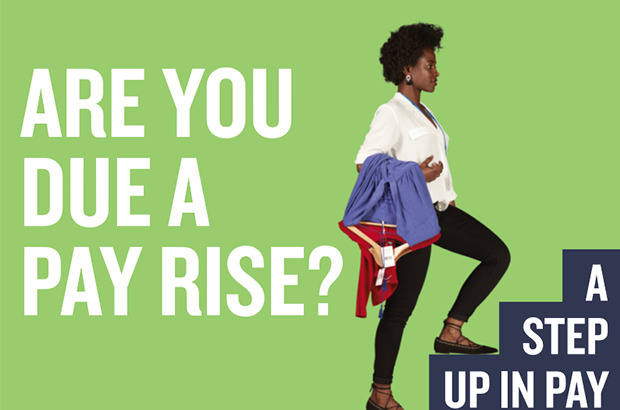 The National Living Wage and National Minimum Wage (NLW/NMW) campaign aims to build on the success of previous campaigns and ensure everyone across the UK is paid correctly.

Last year the campaign successfully increased awareness levels of the minimum rates of pay amongst both workers and employers. The campaign also aimed to increase complaints from those who weren’t being paid correctly across 16 target cities.

We recently ran a trial to understand more - here's what we learned.

In order to encourage people being underpaid to make a complaint, we hypothesised that changing the call to action for the 2018 campaign from ‘Check your pay’ to ‘Time to complain’ would help us achieve this.

In order to test the ‘Time to complain’ messaging against the previous ‘Check your pay’ messaging we decided to run a 4-week test using Facebook and display advertising, targeting ads at those who worked in the most at risk sectors:

We updated the campaign website to include a ‘Complain now’ call to action button linking through to the HMRC complaint form and ensured the link was highlighted prominently in each section.

While we could track clicks from ads through to the campaign website and onto the ‘Complain Now’ button, we couldn’t track activity on the HMRC form itself, so couldn’t track completions. However, HMRC were able to provide us with anonymised data of the city where the received complaints had come from and when the complaint had originated from our campaign website.

We therefore decided to split the test out by city so that along with click-throughs and clicks to complain, we could retrospectively track the number of complaints received by HMRC from each city. We chose to target Manchester and Birmingham as they had similar city footprints.

We used the same creative for both ad sets, which were served across digital display and Facebook platforms. We used the message ‘Check your pay’ for the Manchester audience and ‘Time to complain’ for the Birmingham audience.

We used tracked links for each of the ads and Google Tag Manager to set the ‘complain now’ button as the campaign goal to help track activity. In order to ensure the test was as fair as possible we monitored the frequency of the ads being served to ensure they remained similar and that one audience weren’t being served the ad more than others.

The results are in

From the test we found that social performed better than display advertising in driving engagement.

The recommendation was to run the 2 messages sequentially, using ‘Check your pay’ to reach people first and then re-target the audience with the ‘Time to complain’ messaging in order to increase action.

We will use this insight to inform our next round of activity, ensuring we continue to increase engagement from our target audience and making sure that everyone across the UK is paid correctly.