As 2014 draws to a close, it’s a good opportunity to reflect on the last 'season' of activity to embed digital, and provide an update on our Digital Fortnight activities now that we’ve had the chance to have a full evaluation.

As I said in a previous post, our second Digital Fortnight ran between 1 and 15 October this year. It was bigger and better in many ways than that of 2013:

Where we could, we shared content from sessions on our Pinterest board - have a look to get a real flavour of what we got up to!

When the idea of buddies was first put forward earlier this year, we thought that they would be an extra impetus to embed digital skills, and act as champions for digital. Buddies are sources of advice to nearby colleagues at those times when we (as a digital team) just didn’t have time to be there. There’s some great activity going on out there, and many individuals have gone well beyond what we might have expected of them, including:

We’re definitely looking forward to seeing what they get up to in 2015, and we’ll introduce blog readers to as many of the buddies as we can in the coming months. 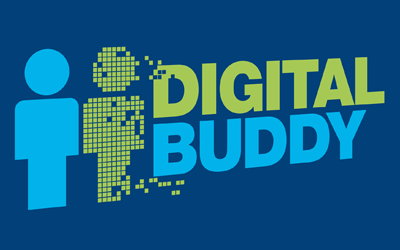 While buddies are themselves active in digital spaces (and in some cases run blogs and Twitter accounts), we’ve also begun working with more senior staff to help them become more active online, and have been busy developing training plans to help them champion the use of more digital activity within their teams. The latter is crucial in breaking down some of the barriers for those more junior staff, and we're looking forward to developing this strand of work so much further in 2015.

I mentioned in yesterday’s post that our day at the Department of Health had given us time to think about developing digital personas. We’ll definitely be blogging on that work in 2015! But essentially, we’ve had the chance to think through different barriers to digital activity, and the different motivational tactics that we can use to help people become more active online.

As we approach 2015, our evaluation of digital fortnight, and experiences with buddies, personas, and in training delivery, all point us towards gearing up our embedding efforts. We look forward to sharing what we get up to here and to get your feedback.

In the meantime, have a lovely Christmas and New Year break!