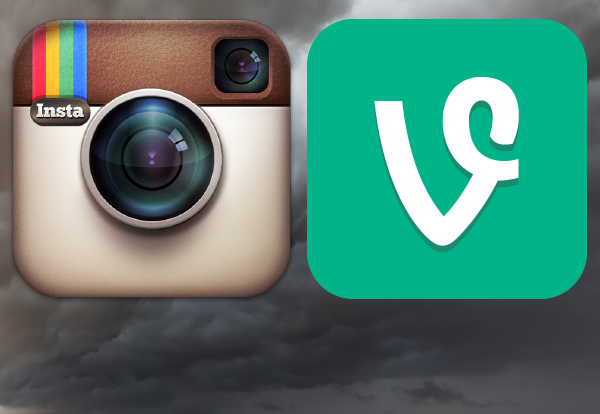 To be or not be was the famous opening phrase of a soliloquy in the Nunnery scene of William Shakespeare's play Hamlet. Recently I found myself asking a similar question "To Vine or not to Vine."
Is 6 seconds enough to establish a narrative structure that will adequately convey a message, explain policy or outline a detailed theme within the department? The answer is partly yes as short snappy video will do this but a short snappy video as offered by Instagram, not Vine.

Vine is great when an underlining narrative is not a key part of what is being delivered. Its strengths lie in its ability to quickly convey the visual element of what you are trying to explain in a short space of time. You can use it to tell pretty compelling stories by setting an establishing shot and using the remaining seconds you have left to offer different vantage points for what you are trying to depict.

Where InstaVideo, Instagram’s video offering, falls into its own is its ability to deliver stories over a longer timeframe. Within 15 seconds of footage and audio it allows you to paint a detailed description of whatever you wish to use it for. However, the real ‘killer application’ feature within this is its flexibility in allowing the storyteller to assemble more polished pieces using industry standard editing software like Final Cut. This enables a finished product far superior to that offered by Vine.

Whilst I’m an advocate for both applications, as I believe each has their place, the limitations need to be understood once you’ve established what you need.  For instance do you need a polished end result because the time you have on a project allows for it, or perhaps you need something delivered within a shorter space of time and need to convey immediacy. Both of these can be used to great effect. Vine for the latter and InstaVideo for the former.

In my opening paragraph, for this, my first blog I referred to Shakespeare’s Hamlet. One of the similarities which I’ll use in closing is how both Vine and InstaVideo are seen as a step up from YouTube in that they allow you to present end results similar to Shakespeare’s works in that they are tightly scripted, engaging pieces that will hopefully inform, inspire and to a certain extent entertain.

So, what do you think? Have you had any experiences of using Vine or Instavideo that are different to mine? Is this just a fad and months from now will we be back to using You Tube as our primary means of capturing video? I'm particulary interested in your views on whether InstaVideo is better than Vine as your app of choice or if there are any alternatives. Finally have any of you tried the tweak you can apply to Vine that allows you to upload your custom pre-edited video. I spent many hours trying this, just like the app that purports to do the same thing, available via iTunes, both do not work.